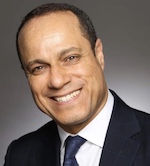 Jallal Toufiq is the Head of the National Centre for Drug Abuse Prevention and Research; Director of the Moroccan National Observatory on Drugs and Addictions; Director of the Ar-raziUniversity Psychiatric Hospital and Professor of Psychiatry at the Rabat Faculty of Medicine.

He trained as a medical doctor, Rabat Faculty of Medicine (1989); Diploma of Specialization in Psychiatry (1994); and lecturer at the Rabat Faculty of Medicine (since 1995). He has also undertaken specialised training in Paris at the Sainte-Anne Psychiatric Hospital and Marmottan Centre (1990-1991), and at Johns Hopkins University as a National Institute on Drug Abuse research fellow and Clinical Observer (1994-1995). At the international level, he is a representative at the Mednet Network of the Pompidou Group in 2006 and Permanent Correspondent for Morocco at the Pompidou Group / the Council of Europe. He co-founded the Middle East and North Africa Harm Reduction Association (MENHARA).
In 2011, Dr.Toufiq was appointed as the Director of the newly created National Observatory on Drugs and Addictions, and he served as expert and consultant for many organisations such as the WHO, the UNODC, the ICAA, the Council of Europe. He is also a member of the UN International Narcotic Control Bureau in Vienna.
Dr Toufiq has chaired and participated in many committees and commissions, nationally and internationally in the field of drug abuse.  He also served as the Minister of Health advisor for mental health and drug abuse issues.  Dr Toufiq teaches at the University of Rabat Faculty of Medicine.  He founded and still runs the University Diploma in Addictology at the University of Rabat, and participates in teaching activities regarding drug abuse in some European and African countries.

Drug Use Management in the EU Neighbouring Countries