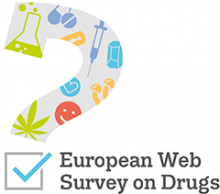 The European Web Survey on Drugs1 collected data during March and May 2021 from people who use drugs, are aged 18 or older, and live in 21 EU and 9 non-EU countries including Lebanon. In this period, the populations in many European and neighbouring countries were experiencing COVID-19-related lockdown or restrictions. Unless otherwise indicated, the data presented here refer to the 274 respondents who reported having used at least one illicit drug in the 12 months prior to the survey (last 12 months of use) and live in Lebanon.