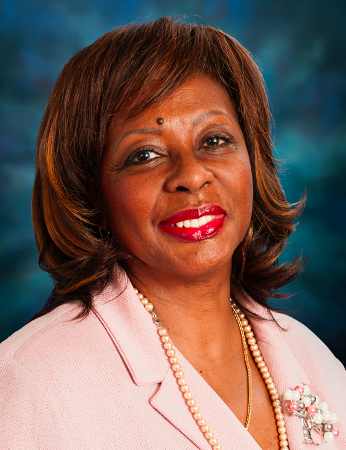 STATE SENATOR MATTIE HUNTER (D-Chicago – 3rd District) has served in the Illinois State Legislature since 2003. Senator Hunter holds the leadership position of Majority Caucus Chair and is currently Chairperson of the Senate Executive Committee, Chairperson of the Special Committee on Housing and Vice Chair of the Transportation Committee; she also serves on the Energy and Public Utilities, Public Health, Human Services, and Appropriations Committees. Senator Hunter has been appointed to several state boards and commissions by the Governor including: Women’s Commission of Division of Alcoholism and Substance Abuse, Department of Children and Family Services (DCFS), Ticket for the Cure Breast Cancer Advisory Board, Racial Ethnic Impact Task Force (Co-Chair), Council on Aging and Diabetes Commission.  Senator Hunter was appointed to serve on The National Conference of State Legislatures Health Committee, is Co-chair of The Council of State Government Health Policy Task Force, sits on the Executive Committee of the National Organization of Black Elected Legislative Women (NOBEL Women), Women in Government (WIG), is a member of the Conference of Women Legislators (COWL), Illinois Black Caucus (ILBC) and National Black Caucus of State Legislators (NBCSL). She holds international memberships in Bridge Afrika and the International Society of Substance Use Program: Drug Demand Reduction Professionals.

A native Chicagoan, Senator Mattie Hunter was raised in the Robert Taylor Homes. She attended Monmouth College, Illinois (BA – Government) and Jackson State University, Mississippi (MA – Sociology).  She is a Certified Alcohol and Drug Counselor and Prevention Specialist in the State of Illinois and Indiana.  In 2008, Senator Hunter was the commencement speaker at Monmouth College and was awarded an Honorary Doctorate of Humane Letters.

Senator Hunter has been recognized for her many accomplishments by several organizations across the country and in 2006, was appointed a Lifetime Fellow of the National Academy of Public Administration and named Legislator of the Year by numerous organizations in the field of health care, youth, child welfare, and education.

Among her notable legislation…

Senator Mattie Hunter has served as Vice President of the Human Resources Development Institute, Inc. (HRDI) and Managing Director for the Center for Health and Human Services in Johannesburg, South Africa.  She has passed bills in the areas of social services, health care, social justice, education and minority contractor financing to address the needs of her community and the State of Illinois.