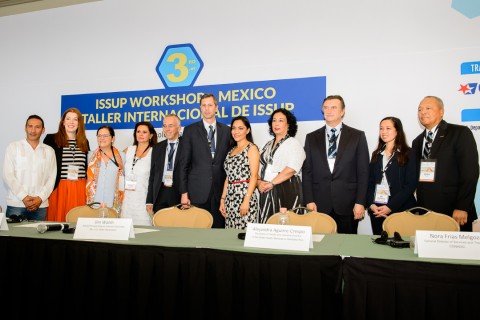 On Monday, December 4th ISSUP kicked off its third annual workshop in Cancun, Mexico. More than 300 people from 71 countries attended the opening ceremony. ISSUP's Acting Executive Director, Joanna Travis-Roberts, welcomed everyone and thanked them for being part of this exciting week-long training and networking opportunity.

Several US and Mexican government officials alongside representatives from international organisations including the United Nations Office on Drugs and Crime, the World Health Organization, Colombo Plan, the Organization of American States (OAS/CICAD) and CADCA offered remarks.

Among the speakers was James Walsh, Acting Principal Deputy Assistant Secretary of the U.S. Department of State's Bureau of International Narcotics and Law Enforcement Affairs (INL), who pointed to the importance of evidence-based training programmes:

"I am pleased the U.S. Department of State has been able to partner with so many people sitting on this stage and in the audience to create specialized training programmes for preventing and treating those with substance use disorders. I’m proud that the training courses offered this week, including those on evidence-based interventions in prevention, case management and crisis interventions, basic counseling skills, and creating drug free communities, all use the latest science. They were created using evidence-based practices and were developed by the leading experts in the field of addiction."

Joanna Travis-Roberts closed the ceremony by wishing everyone a successful workshop and thanking everyone for standing up for evidence-based, high quality and ethical practice, policy and research.