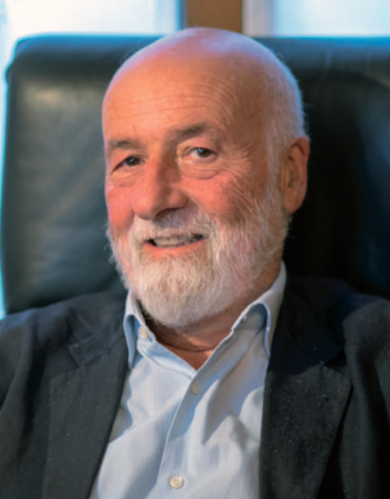 He is Professor of Drug Addiction Medicine at the School of Psychiatry of the University of Pisa.

He has been President of the European Opiate Addiction Treatment Association (EUROPAD) since its foundation in Geneva (Switzerland) in 1994. As President of EUROPAD he has organized international symposia in the USA, during the Conferences of the American Association for the Treatment of Opiate Dependence (AATOD), and Conferences in several European cities (Saint-Tropez, 1995; Ljubljana, 1997; Arezzo 2000; Oslo 2002; Paris, 2004; Bratislava, 2006; Sofia, 2008; Zagabria, 2010; Barcelona, 2012; Glasgow, 2014; Leiden, 2016; Krakow, 2018).

He received the Dole-Nyswander Award in Washington (DC), USA, in 1994; he was the first non-American winner of that award.

In 1990 (Cagliari, Italy) he became a founding member of the Società Italiana Tossicodipendenze - Italian Society of Addiction Medicine (SITD-ItSAM) and is currently its President.

He is President of the World Federation for the Treatment of Opioid Dependence (WFTOD), an NGO with Special Consultative Status with Economic and Social Council (ECOSOC), since 2011.

He has been Treasurer of the World Association on Dual Disorders (WADD) from 2015 to 2018; he is currently Secretary of the WADD.

Since 2014 he is Principal Investigator of the ‘European Opioid Treatment Patient Survey’ Program, promoted by the Denver Health and Hospital Authority, on behalf of its department at the Rocky Mountain Poison and Drug Center (Colorado, USA), in collaboration with the European Opiate Addiction Treatment Association (EUROPAD), which has the aim of assessing overall rates of prescription drug misuse in Europe.

He is the author of the chapters on Drug Abuse and Aggression in the second edition of the Trattato Italiano di Psichiatria. To date, he has 500 scientific publications and has given over 300 scientific presentations.

He is Editor of Heroin Addiction and Related Clinical Problems, the official journal of EUROPAD and WFTOD, and board member of Journal of Maintenance in the Addictions, Italian Journal on Addictions, Addictive Disorders and their Treatment, and Odvinosky.

Is the Agonist Opioid Treatment Long Enough? The role of craving and psychopathology