Current events of DSM 5 on addictions and personality disorders 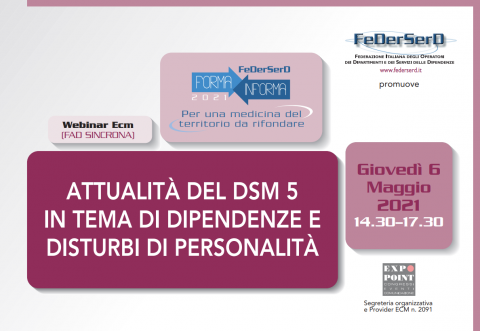 DSM 5 represented a substantial evolution in the taxonomy of psychiatric pathology and was the product of intense scientific and cultural work that found several moments of great debate, from the abolition of the diagnosis of addiction with the replacement to it of the diagnosis of substance use disorder, to the attempt to propose a new classification of personality disorders , then not yet well tested and such that DSM 5 built two chapters first reviewing the old approach and then proposing a second with a new dimensional mode. It seems of great interest to understand what are the differences between these two approaches and what are their strengths and weaknesses and how many, several years after the publication of DSM 5, steps have been taken towards better clarification of these aspects. Another major impact of the release of DSM 5 is that the world of psychologists has raised a number of objections and clarifications and proposed a new approach to the classification of psychiatric diseases as appropriate. The manual combined the attempt to create a hybrid system, combining category and dimensional diagnosis, seeking a fair compromise between the information power of diagnosis and communication between experts. It therefore seems that an approach based on the dimensions of psychic functioning, personality traits and necessary diagnostic categories allows the creation of a common transteoretic language in which professionals from different backgrounds can meet without betraying the complexity of the people and pathologies they encounter. In this direction FeDerSerD moves, recognizing in the comparison with the complexity of patients and in the mestizo between different skills the brand of its scientific activity. For many years before the release of DSM 5 FeDerSerD was engaged in an attempt to classify the severity of the pathology of substance addiction and behavior. DSM 5 first introduced an attempt to propose a severity classification. It certainly seems of interest, for the quality of professional commitment in our services, to take stock of these issues.