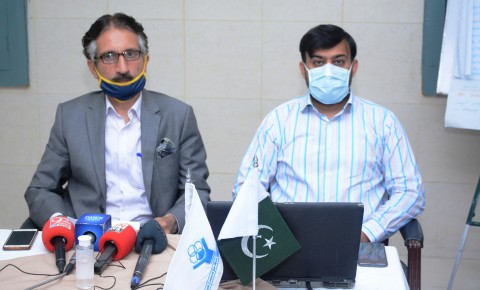 Sixty Five drug addicts were found dead during the corona virus lockdown in the city of Lahore due to overdose of drugs, shortage of food and water and living in miserable conditions. The majority of them was unidentified and homeless. More than 60 percent of them were less than 40 years.

Syed Zulfiqar Hussain said that a large number of homeless young people were using hard and soft drugs on footpaths, gardens and different major roads throughout Pakistan due to lockdown. They need food and water and they are living in miserable condition. There are over 120 clusters and pockets where people are using drugs and inject heroin mixed with water in Lahore without any fear, he added. This is alarming situation for those who lost their children due to drug addiction.

Syed Zulfiqar Hussain raised concerns that a drop in the supply of legal and illegal drugs to the world caused by the lockdown was leading to an increase in the number of drug users turning to more dangerous alternatives. A decline in global travel, increased border and local restrictions and a slowdown in movement within Pakistan hse resulted in a drop in the supply of illicit drugs, including crystal ice, heroin, cocaine and other pharmaceutical drugs inside and outside the country, while the trend of addiction has increased.