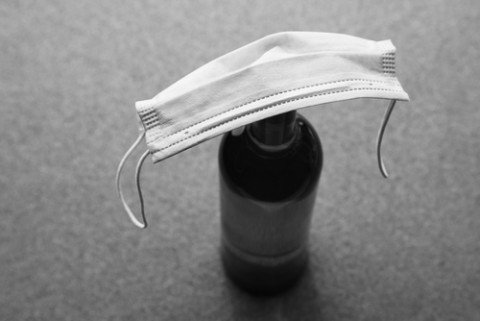 As the COVID-19 pandemic swept through the world, governments made crucial decisions in order to reduce the strain on health services experiencing extreme pressure.

One way that some governments chose to reduce this pressure, was to introduce measures to control alcohol-related harm.

Below are some of the ways the governments in Africa attempted to control levels of alcohol consumption during lockdown periods.

On the 27th of July, in response to a surge in coronavirus cases, the Kenyan government announced that “All bars shall remain closed until further notice. There shall be no sale of alcoholic beverages or drinks in eateries and restaurants”

Below are the new measures introduced:

On the 12th of July, in a bid to reduce the volume of trauma patients so hospitals have more beds open to treat COVID-19 patients, President Cyril Ramaphosa reintroduced the alcohol ban.

South Africa originally introduced a ban on all alcohol sales in March. However, as lockdown restrictions were reviewed the ban was lifted.

According to President Cyril Ramaphosa, however, since the sale and distribution of alcohol was reintroduced in June, hospitals have experienced a spike in admissions in their trauma and emergency wards.

The South African government has faced pressure from the alcohol industry to relax the ban. The industry argues that the continuation of restrictions on alcohol sales will cause significant and long-lasting damage to the economy.

The tobacco ban was imposed under the 2002 Disaster Management Act, the government justifying it on health grounds based on advice from its medical experts as well as from the World Health Organization (WHO).

On the 15th of August, President Cyril Ramaphosa announced the coronavirus regulations would be eased and the government would end the ban on alcohol and tobacco sales.

In an attempt to reduce the spread of COVID-19, the Eswatini government suspended the wholesaling and distribution of alcohol from the 1st of July for a period of two months.

As part of the lockdown in response to the threat from Covid-19, Botswana's government banned the sale of alcohol and suspended all liquor licences in March.

A notice issued in the government gazette said the suspension was until further notice. All liquor stores will remain closed.

The reason given for the ban was that alcohol had "negative effects on adherence to Covid-19 protocols".

The ban was lifted on May 30, 2020, with the announcement from President Mokgweetsi Masisi, “as part of reopening the economy, the government has decided though in a controlled manner, to allow sale and consumption of alcoholic beverages, the details of which will be communicated by the Honourable Minister of Investment, Trade and Industry Ms Peggy Serame shortly”

On the 5th of August, however, the government reintroduced the ban on the sale of liquor.

On the 26th of March Lesotho announced a full lockdown including the closure of liquor businesses.

In May the government of Lesotho announced a loosening of restrictions. However, all premises were only allowed to operate on Mondays and Thursdays through takeaway services and limits on the amount of alcohol an induvial could purchase continued.

The sale of alcohol in retail outlets in Zimbabwe was introduced at the start of April in the wake of the 21-day national lockdown to reduce the spread of Covid-19.

The public possession and sale of alcohol were banned in the southwest African nation until June 1 when the current stage 2 lockdown was expected to come to an end.

Following the restrictions imposed by the government, the Namibian police reported an increase in alcohol smuggling and drug use.