With the theme "United for Life", event will discuss actions on prevention and combating drugs in the country

The 22nd National Week of Drug Policies will be held by the Ministry of Justice and Public Security, in partnership with the Ministry of Citizenship, between 22 and 26 June. With the theme Unidos Pela Vida, the event is aimed at the treatment of drug addicts and the repression of the supply of narcotics in the country.

This year, The National Drug Policy Week debuts with the 1st annual meeting of the National Council on Drug Policies (Conad), attended by The Minister of Justice and Public Security, André Mendonça, who is president of the Council and the Minister of Citizenship, Onyx Lorenzoni.

Focusing on the repression of the supply of narcotics and the treatment of drug addicts, the II Seminar on Prevention, Awareness and Combating Drugs will address issues for the construction of the methodology of the National Drug Policy Plan (Planad), based on dialogues, indicators and the exchange of experience between the actors.

The national secretary of Drug Care and Prevention, Quirino Cordeiro, stressed that the government of President Jair Bolsonaro expanded the fight against drugs by approving last year's New National Drug Policy and the New Drug Law. "The Federal Government has intensified its actions in preventing drug use through educational campaigns, acting in schools, protecting underprivileged children and strengthening families. To carry out these actions, the Government has established partnerships with civil society entities that work with the theme, with the aim of increasingly involving society as a whole in the prevention of drug use," Cordeiro explained.

The program will be broadcast live on the Channel of the Ministry of Citizenship on Youtube. Interested parties can contribute by sending questions and suggestions to exhibitors through the e-mail address: unidospelavida [at] cidadania [dot] gov [dot] br.

Check below the complete schedule of the 22nd National Week of Drug Policies: 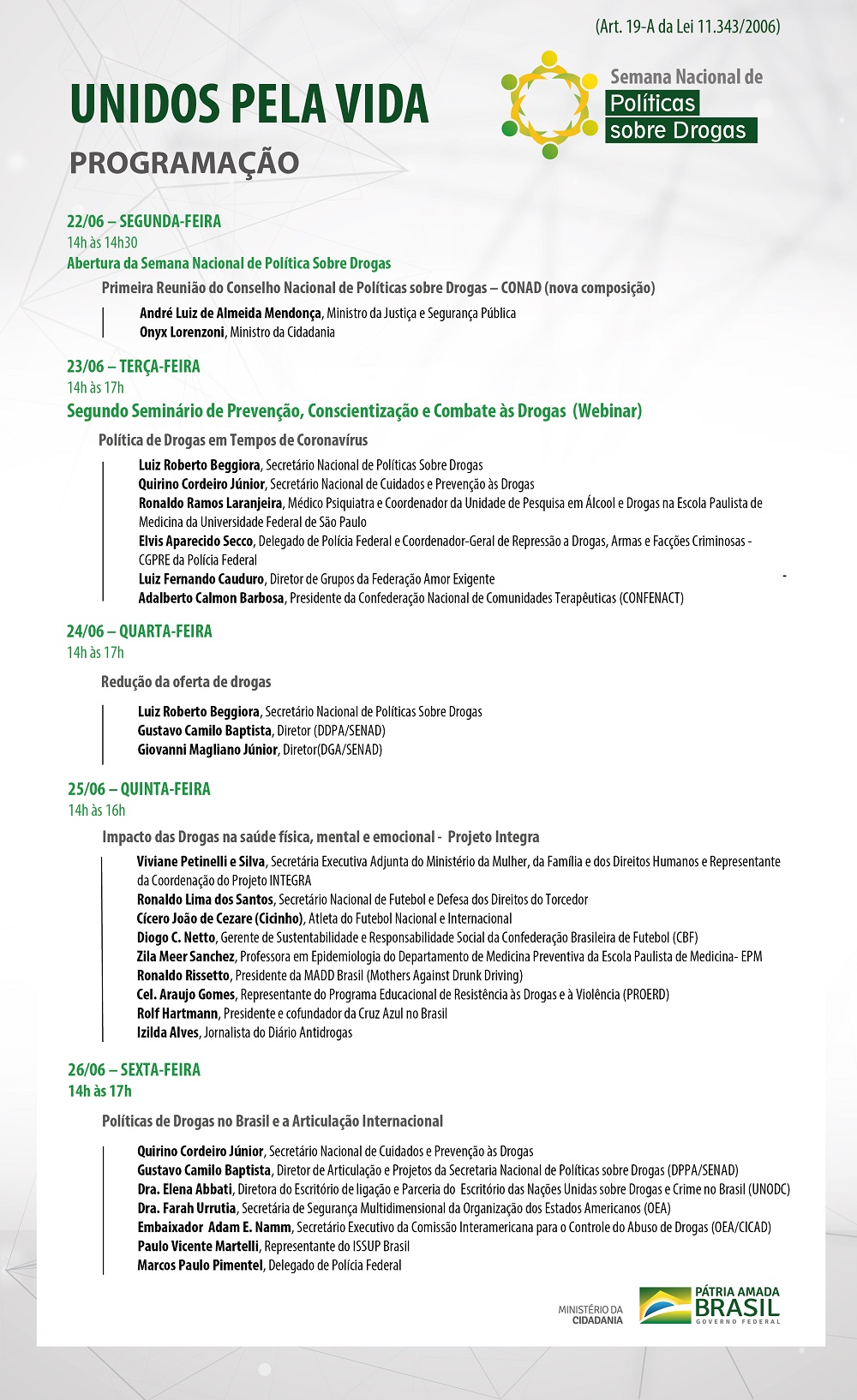 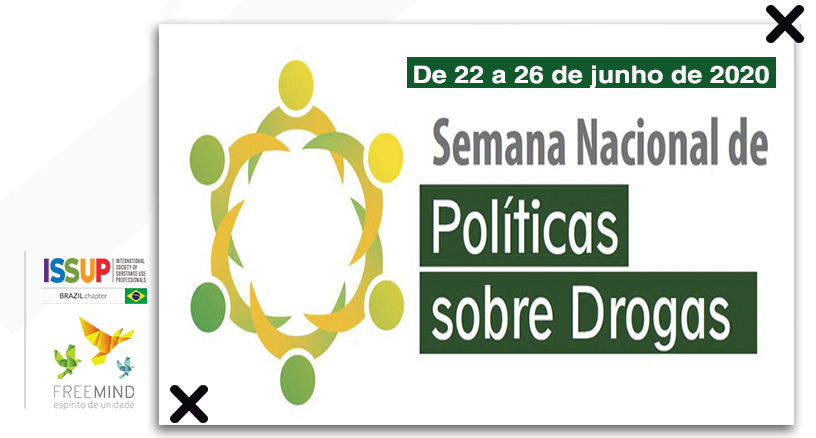