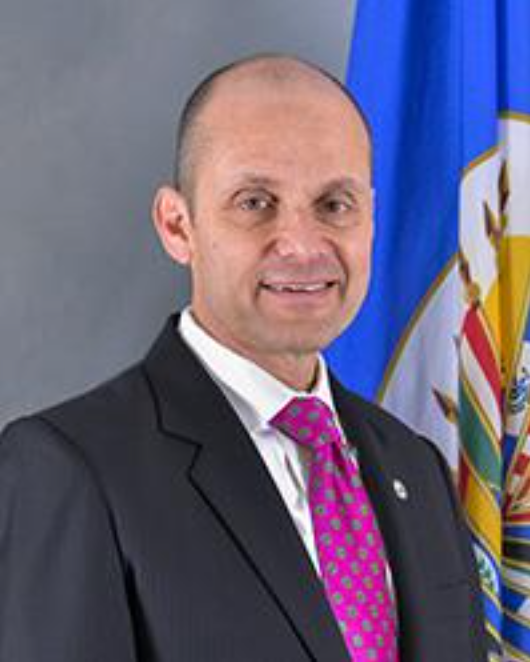 Ambassador Adam Namm was appointed the Executive Secretary of the Inter-American Drug Abuse Control Commission (CICAD) of the Organization of American States (OAS) on December 1, 2016, following a distinguished 30-year career in the U.S. diplomatic service, including serving as U.S. Ambassador to Ecuador from 2012 to 2015.

Immediately prior to joining the OAS, Ambassador Namm was the Director of the U.S. Department of State’s Office of Management Policy, Rightsizing and Innovation, a position with a rank equivalent to Assistant Secretary.

In this role, Ambassador Namm analyzed and recommended management policy changes, ensured compliance with the statutory mandate that the Department of State rightsize the U.S. Government’s overseas diplomatic presence, and led innovative cost-containment and greening efforts.  As U.S. Ambassador to Ecuador, Ambassador Namm worked to strengthen ties between the two countries, which enjoy almost 200 years of diplomatic relations.

Highlights of Ambassador Namm’s tenure include growth in the bilateral trade relationship to $19 billion annually (the U.S. is Ecuador’s number one trading partner), strong cooperation in the fight against narco-trafficking and human trafficking, and an increase in public diplomacy programs, including student exchanges.  Before being posted to Ecuador, Ambassador Namm served as Director of the Department of State’s Bureau of Overseas Buildings Operations from 2008-2011, a position with a rank equivalent to Assistant Secretary. In this role, he managed a $2-billion annual budget and 1,200 staff engaged in the construction, maintenance, purchasing, and leasing of U.S. diplomatic facilities worldwide.