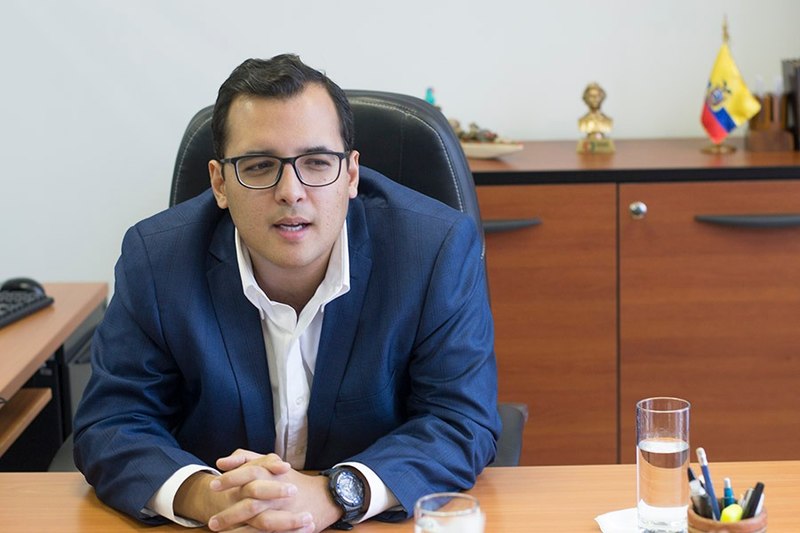 Héctor Jose Yépez Martínez (born in Guayaquil, Ecuador, October 22, 1986) is an Ecuadorian lawyer and politician, current Assemblyman for the province of Guayas and President of the Commission of Autonomous Governments, Decentralization, Competences and Territorial Development of the Assembly.

In 2003 he won an international spelling contest, representing Ecuador as a college student among several Spanish-speaking countries.

In 2012 it obtained that the Constitutional Court of Ecuador eliminate the requirement to present a voting certificate for judicial procedures, alleging the violation of the right to effective guardianship and universal access to justice, and denounced acts of corruption committed by police stations.

He entered politics in the 2013 legislative elections as a candidate for assembly by the Sociedad Unida Más Acción movement, a centrist movement that he led in Guayas.  At the end of 2013 he was proposed as a candidate of the movement to the prefecture of Guayas, but he declined his candidacy in favor of the candidate of the Creando Oportunidades movement.

For the 2017 legislative elections, he was elected an assemblyman representing Guayas by the alliance between the movements Creando Oportunidades and Sociedad Unida Más Acción, with the proposal to eliminate the charging of interest on student loans from the State to improve access to the education.  Once the period began, he was elected President of the Commission for Citizen Participation and Social Control of the National Assembly.  In it, he proposed to reform the system for designating judicial, electoral and control authorities, to achieve impartiality by prohibiting any participation in political parties and high government functions; proposal that was finally reflected in the popular consultation of February 4, 2018.

In January 2018, Yépez separated himself from the SUMA party line by not voting for María Alejandra Vicuña for the Vice Presidency of the Republic, arguing "a vote of conscience and fidelity to the vision of change" that he promoted during the campaign. After several additional discrepancies, he decided to separate from the movement and continue as an independent legislator in the National Assembly. In 2019, he was elected President of the Commission of Autonomous Governments, Decentralization, Competences and Territorial Development of the Assembly.