Brorphine is a potent synthetic opioid with structural resemblance to fentanyl and its analogues. However, brorphine is not controlled in the U.S. under core-structure scheduling of fentanyl related substances. Recent detections in drug related deaths lead us to believe this new synthetic opioid has the potential to cause widespread harm and is of public health concern. As of mid-July 2020, brorphine was confirmed in seven blood specimens associated with fatalities in the U.S.; brorphine has also been reported in Europe (Belgium). 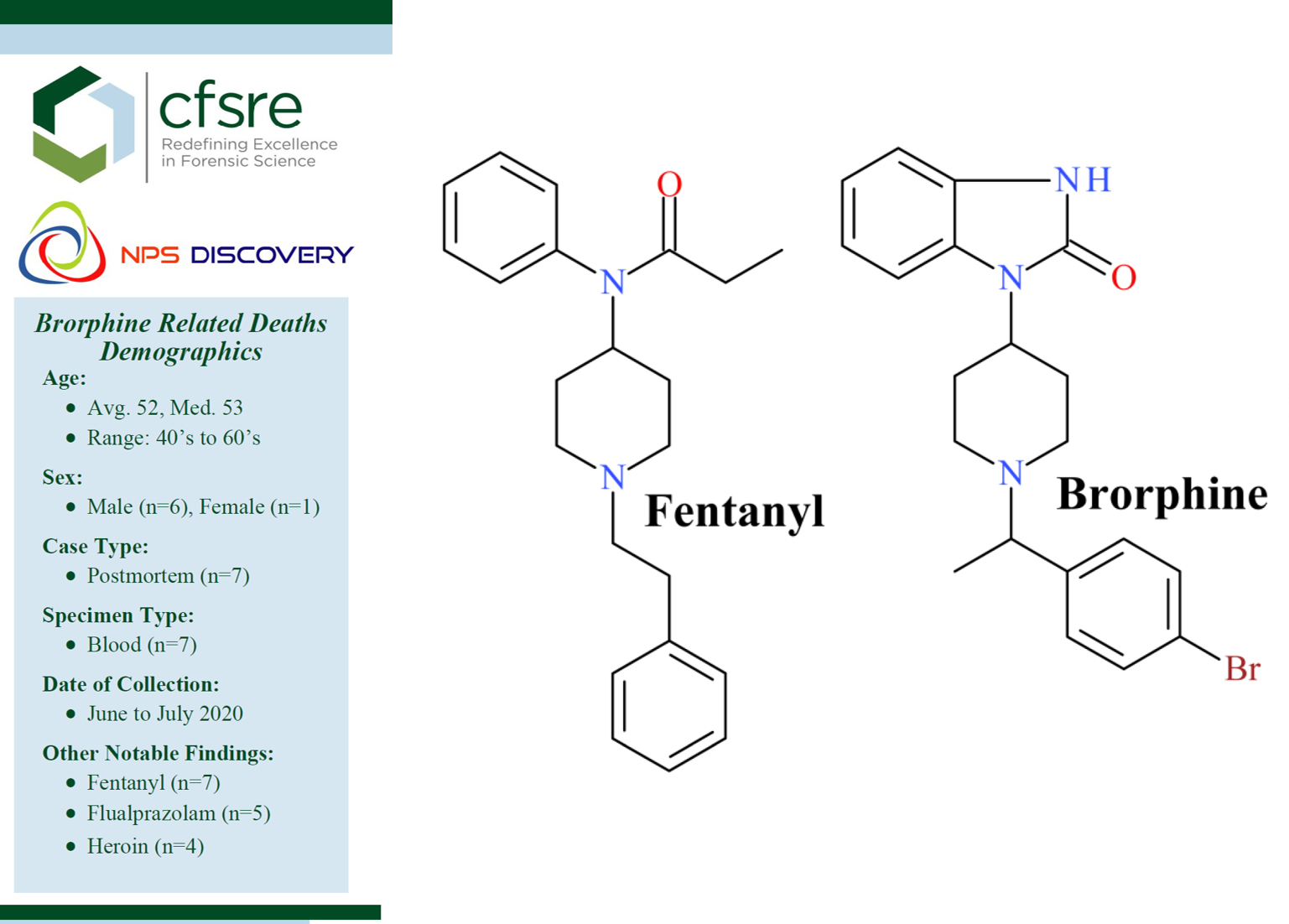