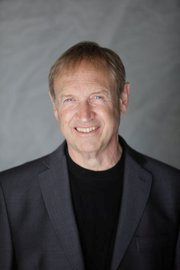 William D. Crano, PhD, is the Oskamp Professor of Psychology at Claremont Graduate University, where he has taught for the past 22 years. Previously, he was Professor and Chair of the Department of Communication at the University of Arizona, and also served as Professor on the faculties of Michigan State University and Texas A&M University.

He also has served as liaison scientist for the U.S. Office of Naval Research (London), as NATO Senior Scientist at the University of Southampton (UK), and as a Fulbright Senior Scholar at the Universidade Rio Grande do Sul (Brazil). His basic research has been focused on research and evaluation of social interventions, and the development of models of attitude development and attitude change, which he has used in his applied research on drug prevention in adolescents.  His theories of vested interest and of the influence of minority spokespersons in persuasion have been used in numerous applied settings with considerable success.

He has been supported in his research efforts by NIDA for the past 20 years. Recently, he has helped create a set of universal standards for drug prevention for the UN Office on Drugs and Crime and is involved with the US Department of State in substance use prevention work in member states of the Colombo Plan and the Organization of American States (CICAD). He is the course developer for the Universal Prevention Curriculum Media Track for both Coordinators and Implementers and developed a course on Awareness, Prevention, and Outreach for Rural Communities for the Colombo Plan. He has published 18 books, and more than 200 papers and book chapters.