Drugs: a complex problem. Prevention: the only way! 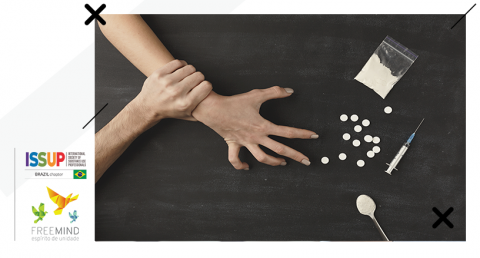 Drugs are problems that integrate virtually all contemporary societies, causing great social and economic impacts. In Brazil, illicit drugs also finance crime and violence, so their fight remains a huge challenge for our country.

Most users are young and start using these substances still at school, at an increasingly premature age. The truth is that, both in large metropolises and in regions farther from Brazilian territory, consumption and addiction start more and earlier.

According to the Brazilian Center for Information on Psychotropic Drugs (CEBRID), adolescence is a period of development in which the first episodes of alcohol use or other drugs tend to occur.

The 6th National Survey on the Consumption of Psychotropic Drugs, conducted with elementary and high school students from public and private schools in 27 Brazilian capitals, identified that most adolescents using alcoholic beverages report "social" reasons as the main reason. In addition, he pointed out different motivations, such as the search for pleasure, fun, experimentation/curiosity, social appreciation/belonging, boredom relief, relaxation, as well as personal problems.

The drugs most used by adolescents, except alcohol and tobacco, in order, were: solvents, marijuana, anxiolytics, amphetamines, anticholinergics and energy drinks. Some gender differences were also observed. Boys have shown a higher chance of illegal drug use, while among girls, the use of prescription-free controlled drugs has been more frequent. In the same research, some aspects were reported by adolescents as factors that increase the will or intensity of drug use, which are: free time, companies of friends users, places or situations (parties) propitious, personal problems (separation of parents, death), negative feelings (anger, loneliness, anxiety) and dependence/routine of use.

It is important to emphasize that just as adolescent drug users are not all the same, drugs and their diversity of use are also not, making the problem quite complex and controversial.

In all proposals to prevent drug use, consensus is awareness, in family and school, allowing the user to consider a number of factors and be able to make choices.

Dialoguing, knowing friendships, observing behaviors, monitoring school development and clarifying the dangers of its use are some examples of family action. Already guiding, through lectures, testimonials or visits of professionals directly involved in the drug prevention process and treatments, are actions that schools can develop.

The treatment of the addition or rehabilitation of the user requires a complex and multidisciplinary approach, which, first of all, depends on its own free will. Detoxifying the chemical dependent is only part of this process and aims mainly to reduce damage.

Another common point in treatment is their welcome by people who care about them and who care to them (family, relatives, friends, school, religious), in addition to medical, social and psychological support often not restricted only to the individual, but also directed at the family.

The numerous relapses, low self-esteem (so common to adolescents), family dysfunction and the few public policies focused on the subject make the recovery process long and difficult, greatly reducing the effectiveness of treatment.