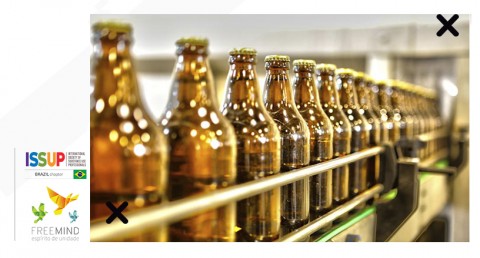 Dr. Zila M. Sanchez, Camila L. Oliveira, Dr. Ronaldo Laranjeira and Dr. Raul Caetano had a Letter to the Editor published in the Journal of Studies on Alcohol and Drugs, where they talk about cases of poisoning and deaths from diethylene glycol present in Brazilian craft beers. Read the letter in full:

Since December 30, 2019, Brazil has had several cases of intoxication due to beer intake (State Department of Health, 2020a), the alcoholic beverage most consumed by Brazilians (World Health Organization, 2018). An ongoing investigation, coordinated by the Center for Strategic Information on Sanitary Surveillance of Minas Gerais (CIEVS-Minas), the Brazilian state where the poisoning occurred, detected diethylene glycol (DEG) in a specific brand of craft beer, the "Belorizontina" produced by Cervejaria Baker, a small company founded in 1999 (State Department of Health, 2020a).

DEG is an odorless, colorless, viscous and hygroscopic liquid with a sugary and extremely toxic taste (Winek et al., 1978). The substance is not used in the regular formulation of beer, but can be applied industrially in solvents, resins, antifreezes, paints and glues (Snellings et al., 2017). Historically, since 1937, the DEG has also been involved in other cases of mass poisoning in several countries. However, almost all documented cases involved contamination of pharmaceutical preparations or medications, most of which occurred in low- and middle-income countries (Schep et al., 2009).

Brazil is a country with a limited set of policies for alcohol, most of which are poorly implemented (World Health Organization, 2018). However, Law 8.918 / 1994 and Decree 6.871 / 2009 guide the standardization, classification, registration, production and supervision of beverages [all types], assigning to the Ministry of Agriculture the responsibility for the supervision of the production of alcoholic beverages (MAPA; Brazil, 1994, 2009).

After a month of investigation, MAPA still finds new batches of contaminated Backer beers, totaling 41 lots (I.e., 2020), which led the company to disclose on its website the court decision to remove the distributed beers and encourage its customers to avoid any consumption of the collected product (O Globo, 2020).

On February 5, 2020, 30 suspected cases of exogenous DEG poisoning were reported. Of these, 26 patients are male and 4 female. Four cases have been confirmed and the remaining 26 are still under investigation because they present signs and symptoms compatible with DEG poisoning and beer exposure. Six patients died. One of these deaths was among the four cases in which the presence of the DEG substance was confirmed in the blood. All cases are located geographically in Minas Gerais (State Department of Health, 2020a).

Despite all the evidence obtained during the investigation, Backer continues to state that he does not use DEG at any stage of the manufacturing process of his products, and does not recognize the presence of the substance in his beers. The company's production remains paralyzed and the products are prohibited from being marketed throughout the national territory, as determined by the National Health Surveillance Agency (ANVISA) (State Department of Health, 2020b) of the federal government.