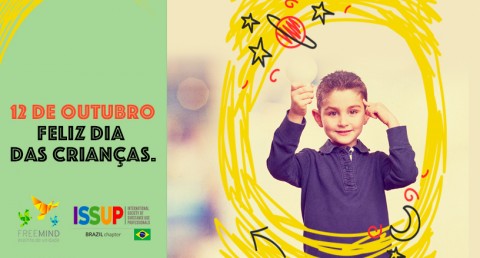 Toys, toys and more toys. Often, say experts, in the eagerto buy the favorite gift, which over the wills and tastes of children, parents forget something that can not be bought, nor translated into numbers: presence.

"We need to look at the amounts that credit card and money don't buy. Gifting is something very beautiful and everyone likes it, but it should not be a priority, much less offered as a replacement for affection and the permanent presence in the lives of sons and daughters," says Ana Abreu, a researcher in education at the Federal University of Alfenas.

The educator argues that, although it is important that babies have toys, it is essential that both they and parents know that the child's own body will always be their biggest toy. In addition, it is up to the family members to be the first mediators of the process of knowledge construction, aware that it is only with their commitment that children can move from one stage of development to another.

At this point, it is worth mentioning that games play have a fundamental role for the creation of the baby's playful universe. According to studies developed in the area, the act of playing has three major goals: pleasure, the development of expressions and feelings, and learning. Yes, it is true, it is joking that one learns — to live together, to organize (when storing toys), to put yourself in the world.

But that concerns the games, not the toys themselves. Playing involves touch, voice, smell, will, availability and patience. Being around is key. Even if the little ones are not aware of the importance of the presence of parents, this will also be decisive for their social development.

Moreover, it is through play that parents and guardians are able to understand the world of children, as is motor coordination, whether they speak a lot or not, whether they are introspective or scandalous, how they build and organize the world and its values, its concerns, problems and desires. Therefore, to approach and understand this universe, it is best to enter the atmosphere of play and respect the rules, customs and manias of the child.

It is important to reflect on when to start talking about drugs, an issue that permeates the imagination of parents and teachers when dealing with prevention. This issue can be addressed on several occasions and, from the moment the child demonstrates to be able to understand a story, it is possible to talk about drugs with it. One can use games to speak, at this stage, about the importance of not consuming things that are bad for health, for example.

This is also a phase to begin to show children the moral values, beliefs, patterns of behavior and attitudes of parents when going through the model of creation, conducts and established norms, which can act as protective factors of the use of drugs by children.

"The absence of parents can have harmful effects on children's development, such as feelings of rejection, recurrent loneliness and anxiety, which can catalyze psychological problems later. The sad thing is that sometimes absence is so common that it can be considered a mark of coexistence between the little ones and the family members."

Freemind and ISSUP Brasil wish that all children can have truly guaranteed their rights to play, dream and be happy without drugs, not only on October 12, but on every day of the year.