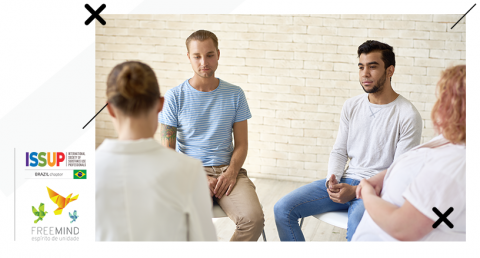 According to data from the United Nations (UN, 2013), alcohol is the most consumed psychoactive substance in the world, with significant growth in consumption among university students.

A study evaluated the pattern of alcohol consumption and its consequences in students from a Brazilian federal university before and after a brief intervention.

The study was attended by 32 university students in 2014, from undergraduate courses in Biological Sciences, Environmental Sciences, Pharmacy and Biochemistry, Chemistry Area (Chemistry, Chemical Engineering and Industrial Chemistry) and Sciences, from the 3rd, 4th or fifth grade.  Most participants (53.1%) were female and had an average age of 22.53 years.

These students had already participated in a first stage of research conducted with 787 students. In this initial stage, 135 participants were identified with alcohol use pattern characterized by risk use, harmful or probable dependence and, therefore, were invited to participate in the research sequence. Forty-two (42) students agreed to participate, but only 32 completed all the proposed steps.

Three (3) questionnaires were used in this study:

- The Alcohol Use Disordes Identification Test (AUDIT) – aims to identify alcohol consumption patterns, such as low-risk use (0 to 7 points), risk use (8 to 15 points), harmful use (16 to 19 points) or probable dependence (above 20 points).

- Rutgers Alcohol Problem Index (RAPI) - aims to evaluate problems related to alcohol consumption, indicating the negative consequences associated with use. The answers will indicate the number of times a given behavior occurred due to the consumption of alcoholic beverages.

- Student Characterization Questionnaire - developed by the authors of the present study, to collect sociodemographic data of students.

In order to evaluate the effects of the intervention, the students were randomly separated into two groups, one experimental and another control, and the students in the control group, after the end of all reassessments, were invited to participate in the intervention for ethical reasons.

This study revealed a decrease in alcohol consumption and its negative consequences among university students in both the control group and the experimental group. This result indicates an important contribution in the area and suggests that a simple survey of the pattern of alcohol consumption from specialized instruments and their feedback on this can generate positive effects on reducing alcohol consumption, as well as

consequences among university students. Thus, it is understood that having knowledge about a pattern of risk alcohol consumption can raise students and generate a reduction in this consumption, as well as its consequences.

Read the full study in the attached file.