Various NPS have significantly changed the picture of drug use in different countries. They are now very prominent in the drug market. Indeed, many of these substances are intended to circumvent drug laws and are sold as ‘legal’ replacements for cannabis, heroin, cocaine, amphetamines, MDMA and benzodiazepines.

To increase their availability and attractiveness, they are marketed as “legal highs”, “research chemicals”, and “food supplements”. However, the reality is that NPS are highly linked to physical and mental health harms, including fatal poisoning and the spread of drug-related infections.

These webinars highlight this emerging issue in many societies. Experienced professionals provide updates on the types of NPS being used, their mechanisms of action, modes of use, intended intoxicant effects, and associated physical and mental health harms, and will give recommendations on their management and prevention-related responses. 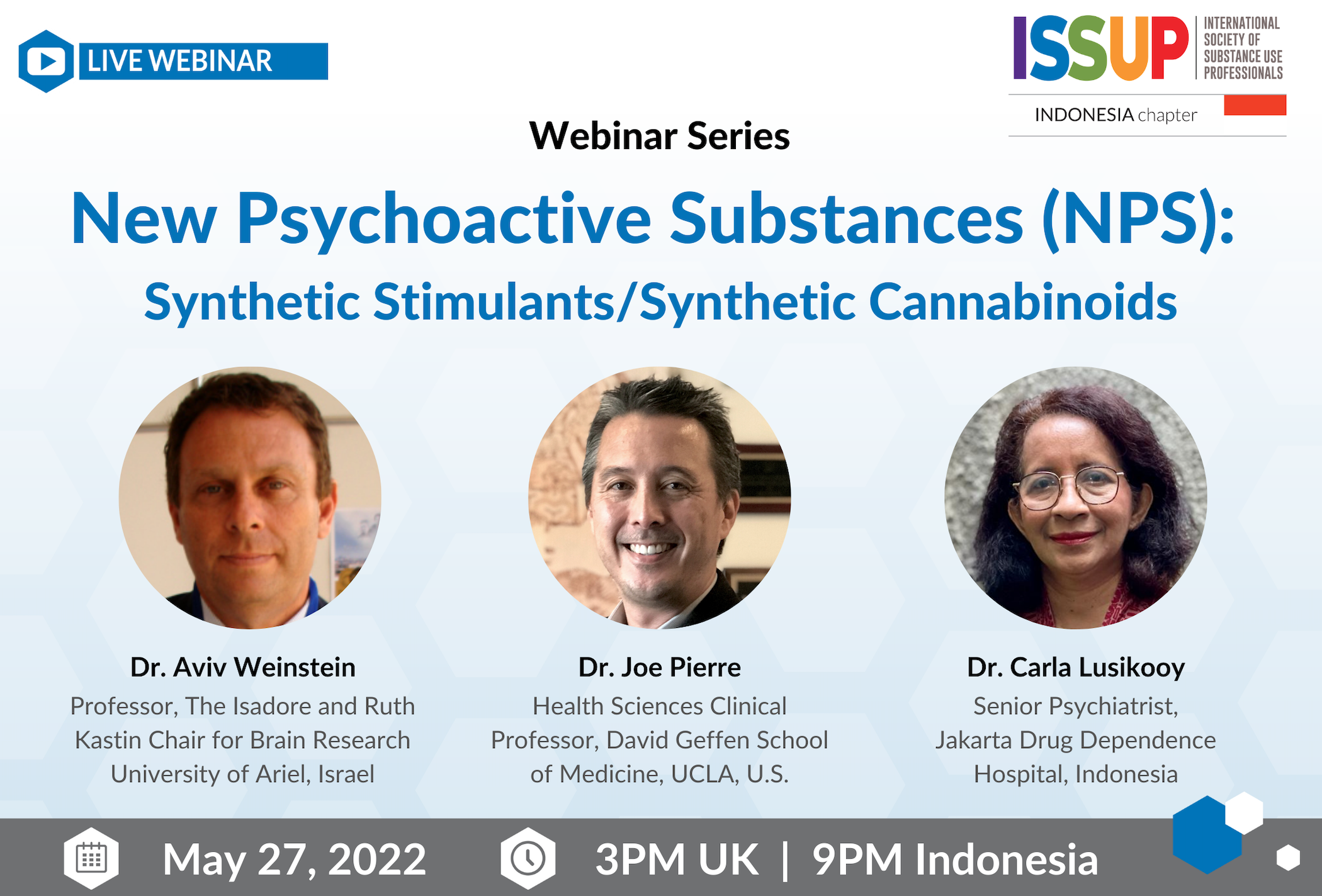 The first webinar in the ISSUP NPS webinar series examined Synthetic stimulants. Synthetic stimulants - cathinones, or also known as “Bath salts” (Alpha-PHP, 4-CMC, N-ethylhexedrone, other) mirror the same effects of illicit drugs like cocaine, methamphetamine, and MDMA. These synthetic chemicals in bath salts are very toxic and highly addictive. Their consumption is linked to increases in visits to emergency rooms and poison control centers.

Synthetic cannabinoids (“synthetic marijuana,” “Spice,” “K2”) are various man-made chemicals that some people may use as an alternative to marijuana. It is usually sold in 'herbal' smoking mixtures. Synthetic cannabinoids are more potent than natural cannabis, and, therefore, easier to use too much. This make the use of these products potentially very harmful and even life threatening. 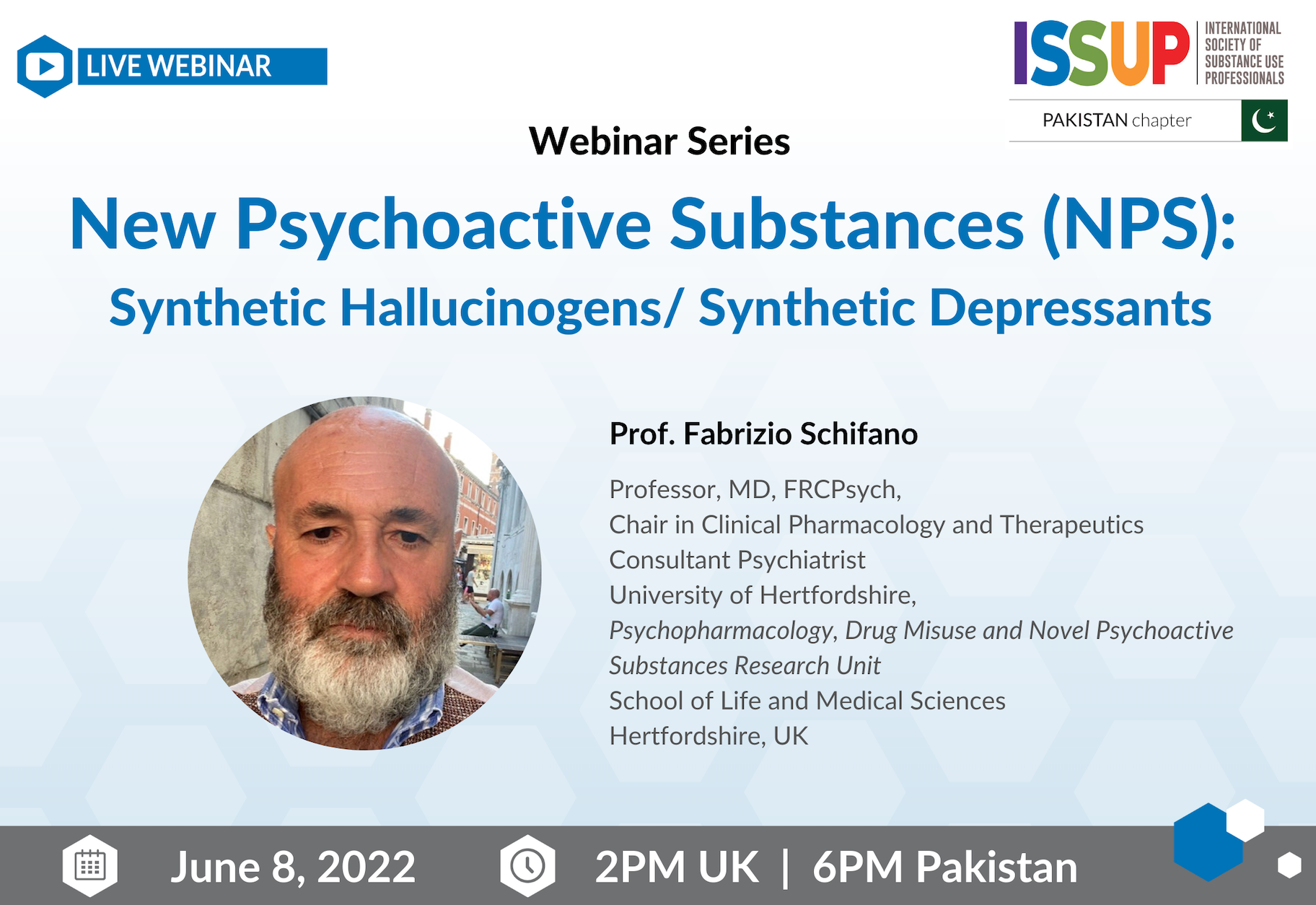 The Second Webinar was hosted by ISSUP Pakistan and focus on Synthetic Hallucinogens/ Synthetic Depressants. Synthetic hallucinogens are derived from phenethylamine, which is altered in a laboratory to create effects that mimic those of natural hallucinogens. The most common of these are known as the 2C and are from the NBOMe family. Synthetic hallucinogens often being passed off as LSD and have resulted in deaths and other serious health issues.
Synthetic depressants - synthetic benzodiazepines and synthetic opiates are man-made drugs that mimic the effects of natural opioids, such as opium and heroin. They can prolong the intensity and duration of the opioid effects and be associated with dangerous side effects.