The WHO Framework on Tobacco Control Article 8 concerns the protection from exposure to tobacco smoke. Although there has been a great effort in many countries to make public places smoke free, children and young people are still regularly exposed to second-hand smoke in their homes.

This article, published in The Lancet Public Health, describes the public health media campaign Take it Right Outside (TiRO), which was launched in Scotland 2014.

In the study, the researchers wanted to understand whether the introduction of the TiRO campaign was associated with a decrease in the incidence of hospital admissions in children with respiratory conditions known to be associated with second-hand smoke exposure.

The researchers collected data from hospital records, particularly looking at the childs the age, sex, area deprivation, main diagnosis, and the month and year of admission were obtained.

The researchers point out that these results only capture changes in severe respiratory problems and there may be additional promising results when minor respiratory are taken into account.

The results indicate these kinds of mass public health campaigns could help reduce the damage caused by second-hand smoking. The authors conclude by saying "Although causation cannot be inferred, these results further support policies that include legislation for smoke-free public spaces." 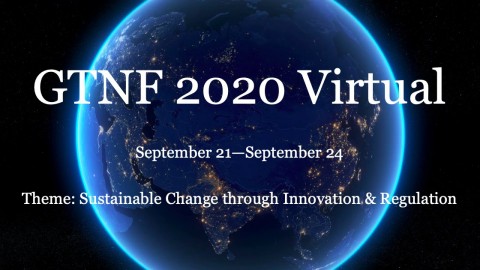 GTNF 2020 VIRTUAL: Bringing the global conversation to you

The world’s leading annual forum discussing the future of the tobacco and nicotine industries is going virtual this September for the first time in its 13-year history. Take part in four days of stimulating debates on shaping the industries’ futures with delegates from all over the world.

This year’s Global Tobacco & Nicotine Forum (GTNF) will focus on how the industry can achieve sustainable change through innovation and regulation by responding to the growing demand from consumers for new products and the constant challenges from our global society to be responsible and accountable corporate citizens.

Visit our GTNF 2020 virtual agenda page as we build a global who’s who of informed views and voices. Public health experts will join representatives from the government, industry, media and the finance sector. Together, we will discuss how we should advance the tobacco and nicotine industries’ successful transformation. We hope you will be there too.

Tobacco Use among Older Adults in Egypt

Figures gathered from the Egypt Global Adult Tobacco Survey (2009) show that Egypt is listed as one of the top ten per capita consumers of tobacco.

Despite being particularly vulnerable to damage from tobacco use, there is a particularly high prevalence of smoking amongst older adults in Egypt.

The aim of this study was to investigate how many older adults in Egypt use tobacco in its different forms.

This cross-sectional study was carried out in Mansoura District (both urban and rural areas).

Information was gathered through interviews carried out by nurses linked to the local health institution.

Results from the research found that:

Understanding which factors are mainly linked to smoking amongst this age group can help practitioners design interventions that specifically target older adults.

Below are two-page summaries of research carried out by the Cochrane Tobacco Addiction group.

Reduction versus abrupt cessation in smokers who want to quit

Interventions for smokeless tobacco use cessation

The purpose of this funding opportunity announcement is to support

Of priority is research that is theoretically based and identifies specific risk and protective factors to target through prevention intervention, or research on policies that can impact adolescent ENDS use. Particularly, for prevention intervention research (e.g., school, community, and clinic-based), collaboration with stakeholders and likely program adopters is required to ensure feasibility for implementation, scalability, dissemination and sustainability. For this funding announcement, individuals as young as 12 and as old as 18 encompass the core target age range. Justification for the specific age or age range of the target population is required, including studies that propose targeting youth outside the core age range. 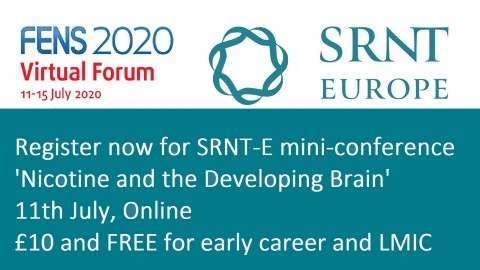 During adolescence, the brain regions such as prefrontal cortex necessary for cognitive and executive function, working memory, motivated behaviour and emotional regulation are being reorganized. Cholinergic system and cholinergic nicotinic receptors are important role players in this maturation process of the brain from adolescence to adulthood. The disruption of the function of the cholinergic system during this maturation process with external nicotine, via tobacco or e-cigarettes, has long-lasting consequences on this development, as the adolescent brain is quite sensitive to nicotine. The effects of nicotine on the adolescent brain differ from the effects on the adult brain. Further, adolescent nicotine exposure may induce epigenetic changes that sensitize the brain to other drugs of abuse via altering the response of the dopaminergic system.

We are pleased to announce that the FENS-sponsored SRNT-E mini-conference on Nicotine and the Developing Brain is going ahead as an online event in Blackboard.

Please note the time-zone shift (to CEST) and that fees for attendance have been reduced to reflect this change in format (this includes free tickets to early career researchers and those from Lower/Middle Income Countries). If requested, we will provide refunds for the difference in the ticket price to attendees who signed up before the price reduction, after the event has concluded. All registrants will receive information on how to attend this virtual meeting 24h before the start of the meeting.