Skip to main content
In Memoriam
A network to honour the contributions and preserve the memory of those who were passionate and dedicated their lives to the drug demand reduction field.

Edie
The University of Edinburgh, School of Health and Social Science

Back to In Memoriam

Dr Muhammad Tariq Khan was a social worker, researcher, author and drug abuse counsellor. He committed his life to support the community and reducing addiction issues in Karachi, Pakistan.

He was an educator and dedicated his life to sharing knowledge and developing a support network for students, academics and professionals working in the drug demand reduction field.

I started communicating with Dr. Tariq in 2013 on social media.  He would send me incredible videos of what was happening in Pakistan.  I would see him in difficult places providing services to persons living on the streets who use drugs. In subsequent years, I learned more about the Anti-Narcotics Welfare Association which he founded in 1988. He shared with me publications that he had authored and I was impressed by his ability to bridge the realms of academia and community activism.

Dr. Tariq visited the INL team in 2014 and he was enthusiastic to share his research with Americans.  In addition to participating in the National Institute on Drug Abuse's (NIDA) College on the Problems of Drug Dependence (CPDD), he also visited DayTop and they organized an event on June 26 for the International Day Against Drug Abuse and Illicit Trafficking with the New York Governor's office where he presented.  Six years later this week, as we once again commemorate the International Day Against Drugs, I remember Dr. Tariq's presentation in the U.S. and the example that he represented to others.  He conveyed the content of his public remarks to me in a message which reflects his deep commitment to the field:

"Good day my friend. I am very thankful to you that you cooperated to arrange meeting for our presentation regarding drug problems in Pakistan. All people inspired [by] my 26 [years of] experienced social work. I was alone that time. Fayyaz Ahmed could not attend this event because he was busy with his cause. I presented my NGO documentary among drug addict and treatment. I got following points for my speech: 1. overview of drug problems in Pakistan 2. treatment programs in Pakistan 3. prevention program in Pakistan 4. research data.

I told them that i dedicated my life for drug users and because of this mission I lost my bank job, I sold my car, home, my family left me just for this work. In front of them it is useless and now I have only one second hand motor bike. I have well-received from audience they gave me standing ovation and 10 minutes clapping. It was reward for me that i have spend 26 years in this mission." 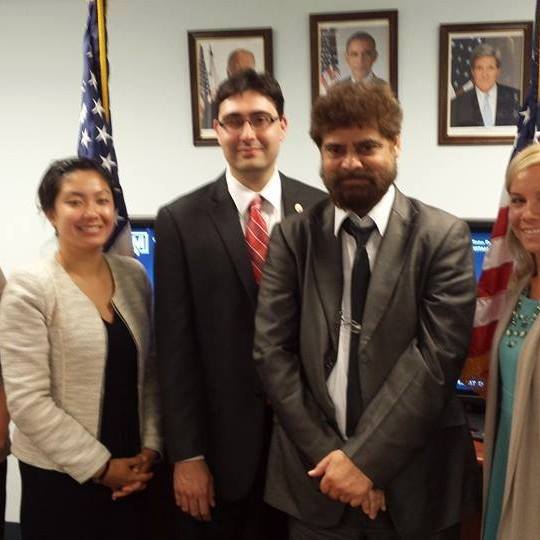