Webinar: Addressing the Unique Challenges of Opioid Use Disorder in Women 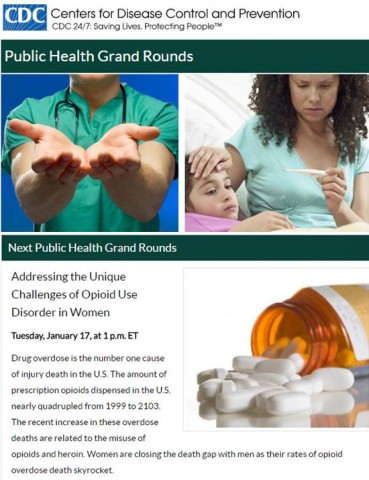 Deaths from drug overdoses are the number one cause of injury death in the U.S. Most of these deaths are related to the misuse of prescription opioids and heroin. While men were more likely than women to die of opioid overdose, the number of overdose deaths from opioids among women has increased substantially. Since 1999, women’s deaths have quadrupled from prescription painkiller overdose.

Women’s biological differences may influence susceptibility to substance abuse, which could have implications for prevention and treatment. In order to identify and treat women most at risk, health care providers must be able to recognize and consider these differences.

Join us as we discuss how health care providers, researchers, and the public health community can best address the complexities of opioid use disorder among women. Speakers will give an overview of the federal response to the disorder, along with approaches to care and prevention of substance use.

Karin A. Mack, PhD
Associate Director for Science, Division of Analysis Research and Practice Integration, National Center for Injury Prevention and Control, CDC
“Overview of Opioid Use Disorder in Women and the Federal Response”