We are excited to announce the launch of the ISSUP Expert Days. 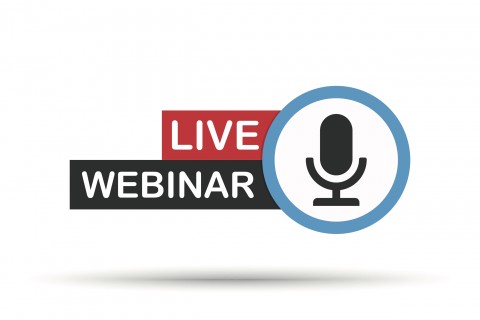 Analyses have found a direct link between the number of cigarettes smoked during one's lifetime and the number of mutations in tumour DNA. Commenting on these findings, Prof. Sir Mike Stratton from the Wellcome Trust Sanger Institute notes that: "The more mutations there are, the higher the chance that these will occur in the key genes that we call cancer genes, which convert a normal cell into a cancer cell." Click here to read the

The November 2016 data chart of overdoses in Massachusetts shows a climbing blue line labeled “fentanyl”. Boston's National Public Radio station reports via article and audio clip on some of the challenges faced by law enforcement and international diplomats in controlling the spread of fentanyl. The report from the Massachussetts Department of Health is also included.

Drug Use among Mexican Youth on the Rise

In recent years Mexico has seen a spike in drug use among teenagers. A new study analysed drug use among Mexican high school students over the past two decades. The study found that the number of young people who had tried drugs doubled between 1991 and 2014. Perceptions regarding marijuana and illicit drug use have also significantly changed. Marijuana use is not viewed as risky as it was seen by respondents two decades ago. The

Within as little as twenty minutes after your last cigarette your body begins to feel the effects of quitting. Health benefits from stopping smoking include, amongst other things, a decrease in heart rate and blood pressure, better breathing, improved taste and smell, and improved appetite. The experience of quitting smoking can be stressful. However, all things considered, to do so is to potentially prolong your life. Click here to find out more.

Recently sixteen people were hospitalised on the Gold Coast, Australia, after taking a new synthetic drug known as Flakka. One of those taken ill is said to be in a critical condition. Flakka takes the form of a white/pink crystal-like substance that can be swallowed, smoked, snorted, injected or vaporised to produce effects similar to those of methamphetamine and ecstasy. Drugs like Flakka, one expert claims, are appearing at an extraordinary rate, with a new

This article describes the easy access to carfentanil, a powerful synthetic opioid where a dose smaller than the size of a poppy seed can result in death. Chinese vendors are selling this drug online, making it easily accessible around the world for under $3,000 per kilogram.

Debate continues over risks from e-cigarettes, such as encouragement of smoking among young people, while some observers stress possible reductions in numbers of existing tobacco smokers. This webinar features key experts presenting current research on the public health impact of e-cigarettes.

Rescued from Hell: Life after the High

This photo story documents the lives of children at a rehabilitation centre in Delhi. The majority of young drug users in India's capital city are addicted to marijuana and heroin. Rajesh Kumar, Executive Director of the Society for Promotion of Youth and Masses (SPYM), a non-profit organisation that works towards prevention of drug abuse, says some children start taking drugs as early as the age of 6 or 7. “It starts with fluid, which is

Scottish Courts Rule in Favour of Minimum Price for Alcohol

After more than four years of industry delay tactics, yesterday’s ruling from the Court of Session in Edinburgh has finally paved the way for the introduction of a minimum price for alcohol in Scotland, a policy approved by MSPs back in 2012. The decision goes against the challenge mounted by the Scotch Whisky Association (SWA) who claimed the Scottish government’s plans contravened European Law. The policy specifies a price of 50 pence per unit of

Afghanistan is the world’s leading producer of illicit opium. This video takes us to a remote village in northeastern Afghanistan, where families meet for their daily ritual of opium smoking. The women in the video say that the drug is only used for medicinal purposes and are oblivious to the dangers of using opium. They believe that opium works as an alternative for any kind of medicine.

Call for Entries: Drawing Attention to Substance Use Disorders through the Use of Humour

This contest aims to create public awareness, especially among young people, and promote the direct involvement of the wider society in addressing addictions through the use of humour. The main topic of the contest is "Away from addictions to a healthy life”. Participants are asked to address the damages of addiction to individuals and society as well as expressing sub-topics like drug, tobacco, alcohol, technology and gambling addictions. If you want to participate, follow the

This Is Your Brain on Opiates

Have you been affected by someone else's drug or alcohol use? Would you like to be able to tell your story? Adfam's Family Voices Competition allows friends and family members who have lived through someone else’s substance use to express their thoughts and feelings in a creative and constructive way. While it is often difficult to talk about this subject, it can be helpful to write about it. What to enter: An original piece of

Today the Muskan Foundation team presented its mission, vision, objectives and activities in the areas of substance abuse and alcohol prevention, treatment and rehabilitation at the Indian Institute of Foreign Trade (IIFT) in New Delhi. More than 120 first year MBA students attended the event as part of their three week internship under the Social Awareness Programme. The group of presenters explained the role of university students on preventive measures.

India's Ministry of Social Justice and Empowerment held a session on Recovery and Recovery Management. The session was attended by around 22 participants from 11 states across India including doctors, counsellors, psychologists and people in recovery.

The Overdose Aware App offers practical advice on the signs of overdose and what to do if those signs are present. It aims to raise awareness among those who are experiencing drug use and their families. The App provides only information, it does not constitute medical advice or take specific situations into account. The App addresses the following areas of interest: What is an overdose? What to do if you suspect an overdose Overdose symptoms

ICCE conducted its first training in Dar es Salaam, Tanzania from 22nd February to 3rd of March 2016 at Kunduchi Beach Hotel. The 9-day training was planned to introduce the 15 participants from various professional sectors to the science of addiction, the basics of physiology and pharmacology and components of treatment. The training was funded by the US Department of State and organised in collaboration with the Republic of Tanzania Ministry of Health and Social

Some forms of substance use, such as adolescent (aged 12 to 17) underage drinking and alcohol use among young adults (aged 18 to 25), continued to drop according to the Substance Abuse and Mental Health Services Administration’s (SAMHSA) latest (2015) National Survey on Drug Use and Health (NSDUH) report. Other substance use levels among youth and young adults, including marijuana and heroin use, remained relatively stable over the past few years. The report also finds

'Listen First' is a drug prevention initiative that aims at raising awareness around listening to children and youth as the first step to help them grow healthy and safe. This global campaign targets parents, teachers, policy makers, health care professionals, and others concerned about the well-being of young people. The campaign was developed by the United Nations Office on Drugs and Crime (UNODC) in collaboration with the World Health Organization, the French Interministerial Mission for

London’s world-famous nightclub 'Fabric' has had its license revoked due to what local authorities have described as a “culture of drugs” at the venue. In the last four years there have been six drug-related deaths involving the nightclub. Five of these were people under 25, most recently two teenagers earlier this year. The Metropolitan Police has welcomed the council decision to shut 'Fabric' down. It has been criticised, however, by a number of DJs and

Online Learning Module: The Effects of Cannabis Use during Adolescence

The Canadian Centre on Substance Abuse (CCSA) has released an engaging learning module that provides evidence-based information on the effects of cannabis use during adolescence. The module is based on CCSA's report on the psychological, social and health-related effects of marijuana use among young people. It's a great resource for parents, teachers, health care providers, social workers and anyone else concerned about the well-being of young people. The module covers four far-reaching questions: How does

The Addiction Technology Transfer Center Network Coordinating Office is holding an international essay contest for recovered persons to celebrate recovery month. In the tradition of the U.S.A.’s National Recovery Month, they are encouraging people across the globe who are in recovery from substance use and/or mental health disorders to help them harness the power of stories by participating in the essay contest. Prizes will be awarded for the first, second and third place entries. If

The Canadian Centre on Substance Abuse (CCSA) has released an online learning module that will help prevention professionals better understand the Portfolio of Canadian Standards for Youth Substance Abuse Prevention. The module aims to help prevention teams, mental health professionals, school administrators, law enforcement personnel and others to plan, select, implement and evaluate prevention initiatives in their communities and schools, and at home. The module: Identifies barriers to implementing the Canadian Standards for Youth Substance

In the USA, Frontline report on changes in policy to allow doctors to issue more prescriptions for buprenorphine; new rules aimed at improving drug monitoring by federal prescribers treating Native Americans and military veterans; a proposal to end financial incentives based on patient feedback for doctors who prescribe opioids; and more than a dozen new scientific studies on pain treatment and opioid dependence. The change to the regulation of prescribing buprenorphine, which comes into effect

In a discreet corner of the Mwananyamala District Hospital grounds, in Dar es Salaam, a group of young people queue up outside a small window to get their daily fix of methadone. Others are taking refuge from the intense heat in the few shady spots available in the dusty yard behind the low building housing the methadone clinic. There are few women to be seen but that, as explained by Dr Pilly Sahid Mutoka, the

New research funded by the National Institute on Drug Abuse (NIDA) found that state implementation of prescription drug monitoring programs (PDMPs) was associated with a reduction in opioid-related overdose deaths. The study, published in Health Affairs, also found that PDMPs that monitored greater numbers of drugs with abuse potential and updated their data more frequently had greater declines in opioid-related overdose deaths than programs without those characteristics. Study authors found that implementation of a PDMP
Subscribe to News
Knowledge Share