Every year on the 10th of September organisations and communities around the world come together to raise awareness of how we can create a world where fewer people die by suicide.

Close to 800 000 people die by suicide every year. Furthermore, for each suicide, there are more than 20 suicide attempts.

Each year has a different theme and focus, to bring to light a specific aspect of suicide prevention.

This year, the theme for World Suicide Prevention day is 'Working Together to Prevent Suicide.'

Step Closer is a short film created by The International Association for Suicide Prevention (IASP) that holds a positive message encouraging connection as we can all have a role to play in working together to prevent suicide.

The World Health Organisation's Preventing suicide: a community engagement toolkit is a step-by-step guide for people who would like to initiate suicide prevention activities in their community.

Here you can read the official IASP brochure for World Suicide Prevention Day 2020.

Substance Use and Mental Health: Challenges, Opportunities and First Lessons During the COVID-19 Outbreak 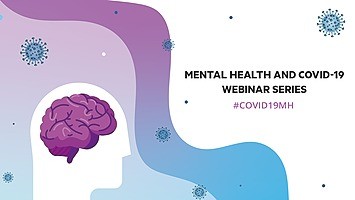 What has been the impact of COVID-19 on substance use? What is the link between this and mental health? What has been happening on the front lines? What needs to be done?

To hear the answers to these questions and more, register for the upcoming webinar on Tuesday 1st September, 14:00-14:45

Psychotic Disorder and Cannabis Use

This report examines hospitalisation trends related to cannabis use and mental and behavioural disorders in Canada between 2006 and 2015.

This research supports monitoring the impacts of cannabis legalization and regulation. 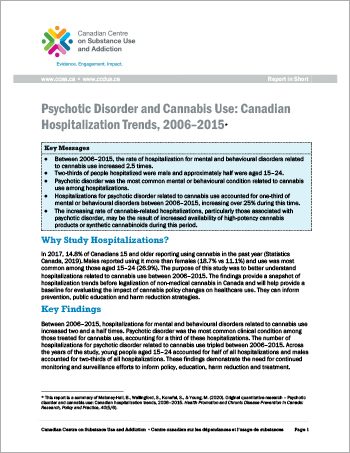